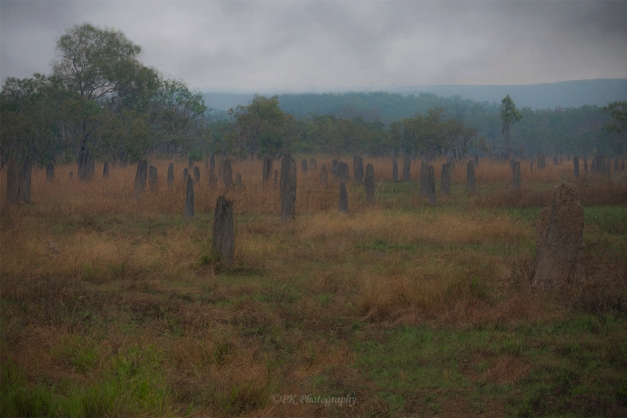 This field of mounds built by magnetic termites in northern Australia has the look and feel of a cemetery, especially in this image taken at dusk. The magnetic termites were given their name based on the belief at the time that that they lined up their mounds according to the earth’s magnetic field. However, it is now understood that these clever termites build the mounds according to the sun’s passage in such a way that the hot rays fall on the knife-like edges of the mound rather than on its broad face. I get a little nervous about termites in general thinking they are going to eat my house! I was relieved to learn that these creatures live on grasses and other vegetation as do many of the other termites in Australia.