This reserve on the shore of the Western Cape, South Africa, features a colony of wild African penguins.  These penguins are found in the waters off southern Africa and nest in colonies scattered along the coast.  They are an endangered species, having been severely impacted by factors such as oil spills, the sale of their eggs as a delicacy, the use of their guano (which they need to make burrows) as fertilizer, and commercial trade in sardines and anchovies on which they feed. 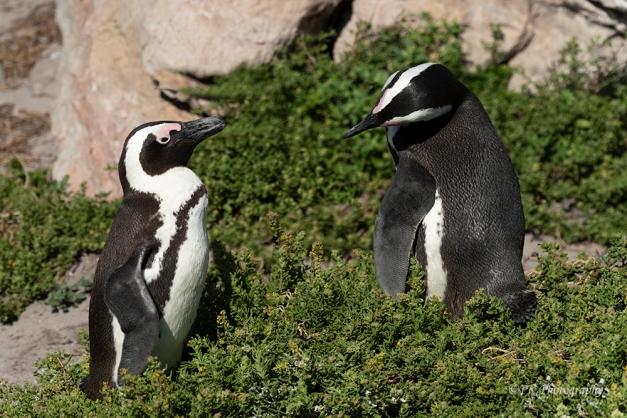 What do you think they are talking about? 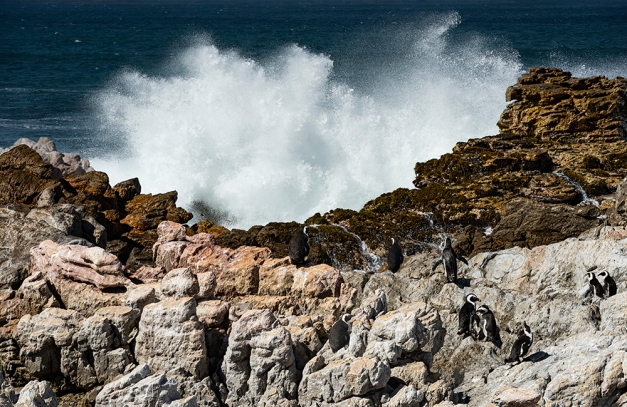 Penguins perch on the rocks lining the shore…..maybe thinking of a dive between crashing waves.

Penguins shelter from the winds that blow spindrift off cresting waves.

Rocks, constantly battered by the sea, are defining features on this Atlantic shore.

An abandoned seaside tower, a remnant of an old whaling station, serves as a sentinel for a colony of cormorants.

A solo cormorant flies across a rock face silhouetted by the churning surf below….

and three cormorants fly in a row farther offshore.